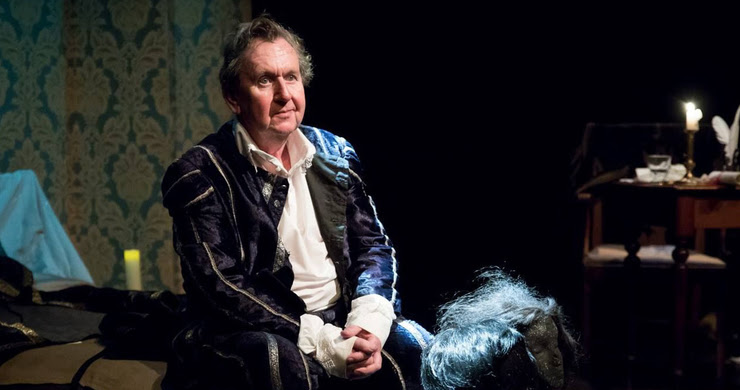 In conjunction with Take Art, we are delighted to welcome back Pip Utton, one of our favourite performers.

Pip is internationally respected as one of the world’s finest solo performers. His style is to adopt the persona of the famous people he plays. You may have seen him as Adolf, Bacon, Churchill, Chaplin, Dickens or even Maggie Thatcher here in Wedmore Village Hall! Now he brings to life Will Shakespeare.

Shakespeare probably wrote some of the greatest works in the English language, but we know very little about the man except where he was probably born and is probably buried. Even the famous portrait, statue and engraving might be of someone else entirely.

In At Home with Will Shakespeare, Pip Utton gives us all the chance to spend time with the great man; a man who loves, laughs, drinks, sings, dances and cries, and in between is forced to write some plays and poetry to make a living. Living a double life, as a family man and landowner in Stratford on Avon, and as the great playwright in London. His wife, his loves, his children are all there for us to meet. It’s fun, it’s moving and from time to time it involves the audience. It’s just William Shakespeare and his life and his ‘greatest hits’, all performed by Will himself.