At the January meeting, Council members discussed finding a suitable speaker to address the Annual Parish Assembly. This will be held on Wednesday 28th March at 7.30pm in the Masonic Hall. The speaker this year will be Allison Griffin who was recently appointed as the Chief Executive Officer of Sedgemoor District Council. It should be quite an interesting evening with the recipients of awards from the Hervey Trust and the winner of the Henry Butt Trophy being announced.

Members were told that passenger numbers on the 67 bus had increased and the Parish Council is willing to continue to part –fund the service for the foreseeable future. Major hedging and maintenance work has been taking place at the allotments over the past weeks and the hedge at the side of the cemetery should be reduced by the time this issue goes to print.

The effluent outside the George Hotel continues to be a cause for complaint. There is an ongoing dispute between the hotel owner and BT concerning damage to an underground pipe. The Environmental Health Officer is involved and trying to seek a satisfactory resolution.

The Chairman and I recently attended a meeting at Weston College where a student in the I T Department is designing a new website for the Parish Council as part of his degree course. I will let you know as soon as the site goes “live”. 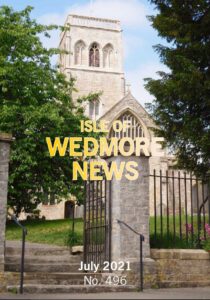