The November meeting was attended by Kirsten Rushby who is the Village Agent for this area. Probably, like me, you had no idea such a position existed.
Kirsty’s role is funded partly by local medical centres and partly by the National Lottery and she explained that following government cut-backs for bodies such as Social Services and the NHS, medical teams were referring patients to Village Agents when in the past it might have been more appropriate to consult a social worker. Kirsty was accompanied by Hannah Burbedge, a Community Involvement Officer for CCS Consultancy based in Taunton. She explained that as a result of a national shortage of carers, they were looking to recruit about 400 “micro carers” across Somerset who would be former medical staff classed as “private carers” ie. paid for by clients. Kirsten was willing to assist any elderly person with social issues or infirm members of the community and was keen to visit and talk to local community groups. She can be contacted on 07746 332897

The Chairman of the Council has written to the Village Hall Committee chairman asking the Committee to reconsider its decision to lock the car park gates during school collection times. 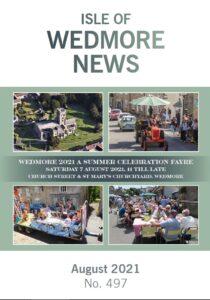